At 2-years-old, Salaheddine is a playful and energetic boy who captures the attention of anyone who walks by him. His eyes are filled with joy as his arms reach out inviting a new friend to play.

It is here at the Operation Smile medical mission in Dakhla, Morocco, where Salaheddine is receiving so much positive attention from strangers for the first time in his life. Before this week, Salaheddine's family would hardly take him out of their home. When they did, his mother and father made sure to cover his head with a blanket so no one could see his cleft lip.

Salaheddine and his mother, Hasnaa, traveled for 54 hours by bus to get to the Operation Smile medical mission in Dakhla, Morocco for the possibility of surgery. The family had known about Operation Smile since Salaheddine was 4 months old, but never had the funds necessary to make the long journey nor the support of Salaheddine's father.

Through a translator, Hasnaa said she threatened to leave her husband if he wouldn't allow her to bring their son to get help from Operation Smile. She borrowed the money for the bus fare for herself and her son and left their home for the more than two day journey.

Looking down as she was talking, Hasnaa revealed she was emotionally and verbally abused by her husband and her in-laws when Salaheddine was born. They blamed her son's cleft lip on Hasnaa, telling her she caused it because she wore makeup during her pregnancy.

"My husband is embarrassed about what people will say about his baby," Hasnaa said in Arabic. "He is always angry and stops me from taking him out. That's why we keep him in the home." Hasnaa said her neighbors even ridiculed her because of her son's cleft lip.

The doctors at the hospital where Salaheddine was born reassured Hasnaa that her son's cleft lip was not her fault and surgery is available to correct his cleft condition. But the cost of surgery, at more than $3,000 USD, was painfully out of reach for the family. Whenever Hasnaa heard Operation Smile was coming to Morocco for a medical mission, she wished to have the money to make the journey to the site of the medical mission.

Finally, after two years of saving and two years of torments from her own family, Hasnaa brought Salaheddine to Operation Smile to get him the help he needed.

"I am hoping this surgery will change everything," she said through a translator. "Everyone will be surprised to see him."

Hasnaa called her husband to tell him their son was selected for surgery.  Smiling and relieved, she said her husband is very happy.  "This is the day I've been waiting for." 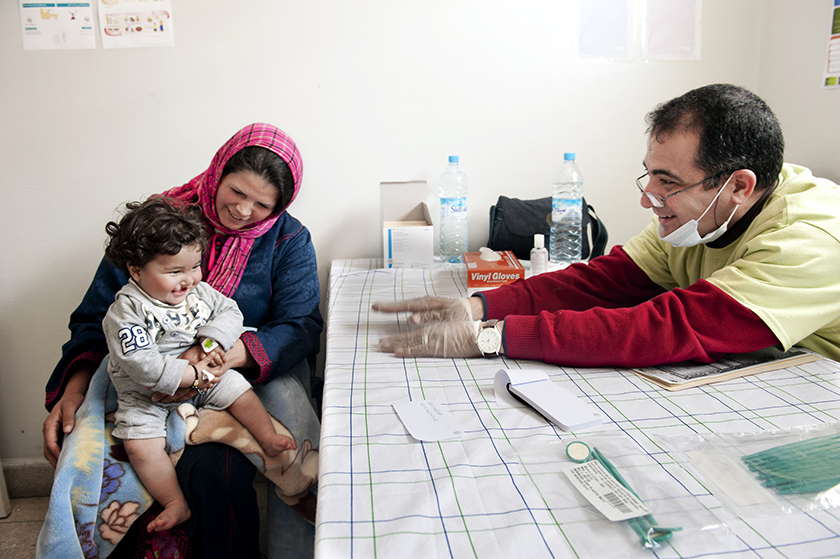