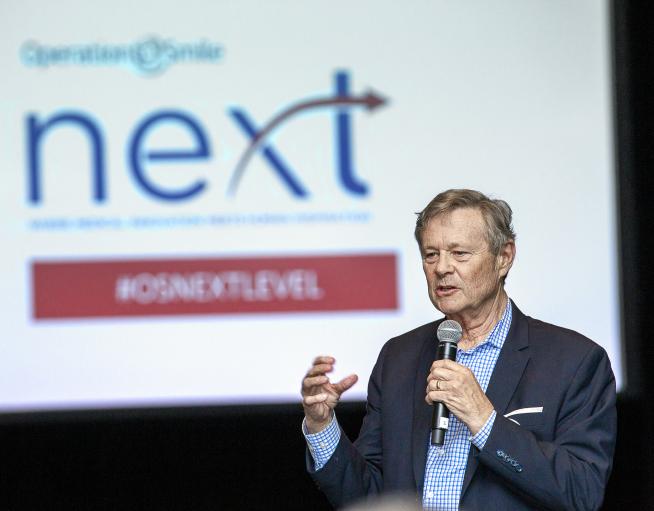 Bill Magee Jr., D.D.S., M.D., is a plastic and craniofacial surgeon who founded Operation Smile in 1982 with his wife, Kathleen S. Magee, and serves as the organization’s CEO.

Dr. Magee has trained and mentored thousands of physicians worldwide. A featured guest on many network television programs, Dr. Magee is also a sought-after keynote speaker for corporate and national meetings. In July 2013, he gave one of the keynote addresses to the National Speakers Association (NSA) in Philadelphia.

Dr. Magee has been awarded honorary doctorates from some of the finest universities worldwide, including the Karolinska Institutet in Sweden in 2014. He was awarded the American Society of Plastic Surgeons’ Honorary Citation Award in 2014 and the American Society of Maxillofacial Surgeons’ Tagliacozzi Award in 2013. Dr. Magee was highlighted in U.S. News & World Report’s issue “America’s Top Leaders” in November 2009 and was given the National Medal for Peace and Friendship Among Nations in Vietnam in 2009. In 2007, UNICEF presented the Magees with a special recognition on behalf of Operation Smile, and he received the Distinguished Service Award from the American Society of Plastic Surgeons.

He entered into Plastic Surgery Specialists, Inc. in Norfolk in 1978 and became president of the group, which at the time was the largest private training program in the United States. In 2016, he stepped away from the practice to invest all of his effort and energy into Operation Smile.